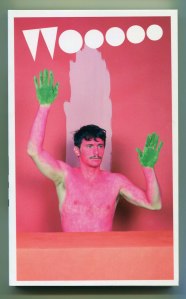 No, it’s not a remake of the John Travolta as an angel classic from 1996. This ‘Michael’ is about a gay man played by James Franco who is picked on so much that he becomes an anti-gay Christian Pastor. Zachary Quinto will play his boyfriend and Emma Roberts will play his girlfriend after he becomes a pastor.

Roberts also appeared opposite James Franco in the Gia Coppola film ‘Palo Alto’ that has been making the festival rounds. In ‘Palo Alto’ Roberts plays a High School student who has an illicit flirtation with her soccer coach played by Franco.

‘Michael’ is based on an article that first appeared in The New York Times Magazine and will be the first feature for Justin Kelly.