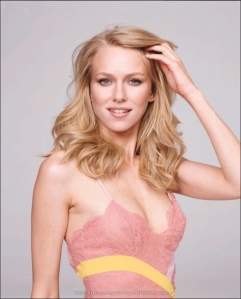 Naomi Watts has entered negotiations to join ‘Demolition’ the next film from director Jean-MarcVallee. Jake Gyllenhaal has already been cast in the film, whose script was included on 2007’s Black List.

“Based on the 2007 Black List script by Bryan Sipe, “Demolition” follows a young investment banker (Gyllenhaal) struggling to understand his emotional disconnect following the tragic death of his wife in an auto accident. As he tears apart his life in a distraught effort to see where he went wrong, he becomes obsessed with destruction and develops a unique relationship with a single mother (Watts) who rescues him.”

Watts is one of the finest actresses out there. She has a knack for picking great roles in interesting projects. I loved her in ’21 Grams’ and ‘The Impossible’, as did the academy who nominated her for both films. Most recently she did a hell of a job in ‘Adore’, playing a very complex character who begins a relationship with her best friends son, who happens to be doing the same thing.

The film sounds challenging an complex, like a deeper version of Cronenberg’s ‘Crash’. I like the cast and the director really did a great job with ‘Dallas Buyers Club’ and early word on ‘Wild’ is good. We might be in for something special.