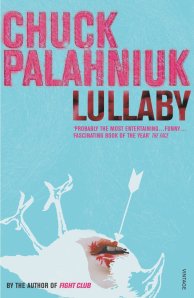 It’s hard to believe that only two books from acclaimed author Chuck Palahniuk have made it to the big screen. Well move over Fight Club and Choke, and get ready for one of Palahniuk’s more personal tales – Lullaby. Palahniuk plans to co-write the script. No director is currently attached to the project.

Lullaby will tell the story of Carl Streator, a journalist who lost his wife and child after reading them what he thought at the time was a simple lullaby. It turns out The Culling Song, from the book Poems and Rhymes from Around the World, kills anyone who hears is instantly.  Soon Streator is on a mission to destroy all copies of the book that contain that particular lullaby and is joined by a ragtag team of people who have personally seen the destructive power that this lullaby has to offer.

I can’t do the story justice in one paragraph. It’s really a phenomenal book, but then again I feel that way about all of Palahniuk’s work.