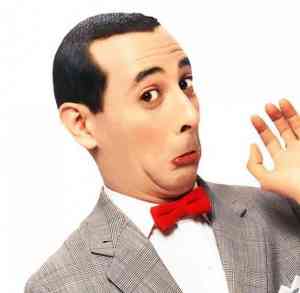 In an interview with Rolling Stone Magazine Paul Reubens stated that any day now we should expect an official announcement about a new Pee-Wee Herman movie. In the interview it seemed like Reubens was shocked that nothing had been made official yet, as he thought he’d be talking about it with the interviewer at that time.

It’s been four years in the making now with on again, off again statements and nothing substantial being announced. But now with Reubens all but telling us it’s a done deal, I’m inclined to believe that this project will be seriously moving forward.

I was huge fan of the original TV show. I used to annoy my family by screaming all day long whenever anyone said the secret word. And even though I was too young to really appreciate it I knew that there was something special about Pee-Wee’s Big Adventure.

Reubens has taken on some memorable roles aside from the Pee-Wee character, such as The Penguin’s father in Tim Burton’s Batman Returns and The Spleen in Mystery Men, but we all want to see him put on the grey suit with high-water pants and red bowtie again. We’ll keep a hopeful eye pointed towards this for now

Maybe if we all wished real hard we’d get something concrete announced. Where are Jambi and his magic words when you really need them?

3 thoughts on “Is Pee Wee Picking his Gray Suit Up From the Dry Cleaner Soon?”