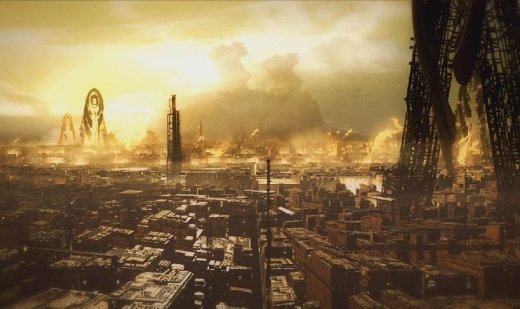 I like the new show Gotham. I enjoy watching history unfold, even if it is an alternate history from the canon set by DC Comics. It’s fun to speculate as to how things will unfold knowing how they eventually turn out. And its reasons like that as to why I’m excited for the reports of an upcoming show based on Superman’s home planet Krypton.

In a rumor from Bleeding Cool, Warner Bros. has tapped Man Of Steel screenwriter David Goyer to write Krypton (unofficial title), a series showing Superman’s home planet before it blew up.

There would definitely be some limitations. Being developed for the small screen it wouldn’t have the same production values as a large budget major motion picture. And knowing that the planet eventually blows up it would have to have a finite endgame in sight before the project gets off the ground. That means not finding reasons to extend the series well past the point when it should be done (I’m looking at you Smallville).

Other than that, I’m in. Give me the world we saw during the opening of Man Of Steel and I’d be completely happy. Explore Kryptonian culture and what made them so blind to what was happening to their own planet. Show us how Jor-El was molded into the man who would someday send Earth its greatest hero.  As long as the last shot of the series is a rocket shooting away from the dying planet, it’s all good.