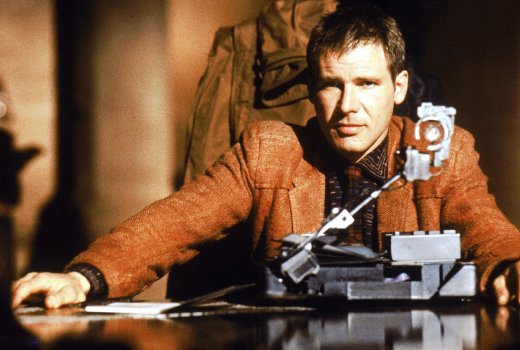 Am I wrong in assuming that Harrison Ford doesn’t actually read scripts? I mean, is it really possible that the Blade Runner 2 script, written by Ridley Scott and original Blade Runner screenwriter Hampton Fancher, is not only good, but the best thing Harrison Ford has ever read?

According to Ridley Scott, that is exactly what Harrison Ford has stated after reading the most recent draft of the script. In an interview with MTV, Scott says:

“I sent him [the script] and he said ‘wow, this is the best thing I’ve ever read.’ It’s very relevant to what happened [in] the first one. I’m not just doing a sequel with lots of action and see how far we can go with the special effects, because you can’t really. [With] Blade Runner we kind of landed on a somehow very credible future. And it’s very difficult to change that because it’s been so influential with everything else.”

I’m remaining a bit skeptical on this quote since we have yet to hear it directly from Harrison Ford himself. And, frankly, I really don’t know that I’d believe it even if I did.

Is it possible that Scott could really make a worthy sequel to Blade Runner? I LOATHE the idea of a follow-up film. I fully acknowledge that I’m coming at this from an emotional level and not an analytical. Depending on the day, Blade Runner is my favorite film of all time. On its worst day it’s top five. I think that all a sequel would accomplish is to undermine everything that made the original film so great.

Could Blade Runner 2 be more than just a cash grab? Could Ridley Scott make a film worthy of standing alongside his original film? At this point we’re not even sure he’s going to be the guy in the director’s chair. Depending on the day, he might direct ot he might not.

I’m dubious about a sequel to Blade Runner, regardless of whether or not Scott is directing. What about you?