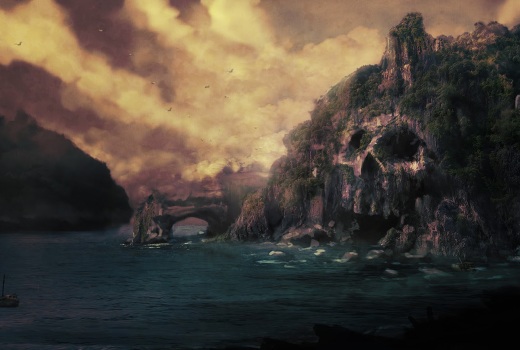 Presumably, because the general moviegoing public are dumb and won’t see a trailer, posters or other marketing materials, Skull Island will henceforth be known as Kong: Skull Island.

The Jordan Vogt-Roberts directed film will also move from it’s original release date of November 4th 2016 to March 10th 2017. This move probably had a lot to do with Doctor Strange being released by the Mighty Marvel Movie Machine on that date. Fox will also be releasing Trolls the film we’ve all been clammoring for, explaining how the obnoxious and creepy dolls “came into their vibrant and colorful hair.”

The film will be Vogt-Roberts’ follow-up to his feature debut, The Kings of Summer. He is also rumored to be directing the live-action film adaptation of Hideo Kojima’s Metal Gear Solid video game.

I love King Kong and am generally looking to forward to spening a little time on Skull Island. Are you ready to make the trip?