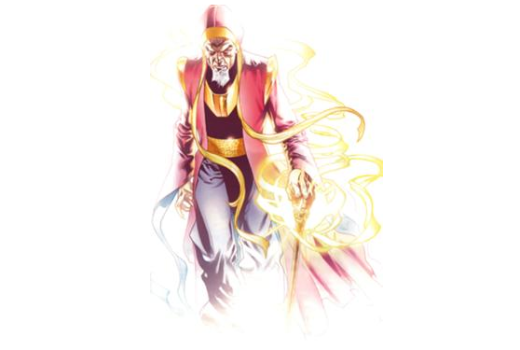 Marvel’s Dr. Strange has been gaining an incredible amount of steam. With the recent official announcement of Benedict Cumberbatch as the good doctor Marvel can now get down to filling out the supporting cast. A good villain is key but the other key component to the Dr. Strange character is his teacher, The Ancient One.

The Ancient One is the man who shows Stephen Strange the way of the mystic arts and passes on the mantle of protector of the realm of Earth from all the evil supernatural forces out there. According to Latino Review, Marvel may have put three actors on it’s short list of men they want to see play the wizened teacher.

Bill Nighy, Morgan Freeman and Ken Watanabe are said to be the three actors Marvel is pursuing to play The Ancinet One.

The Ancient One is suppossed to be Tibetan so that may make the obvious choice Watanabe. But Marvel has been known to tamper with canon from page to screen, such as turning Iron Man’s original captors from Asian to Middle Eastern and making stalwart Daredevil villain “Kingpin” Wilson Fisk an African American.

All three actors would definitely bring something to the table. I’d personally like to see Morgan Freeman, just because I like damn near everything that man does.

There have been rumors swirling that Dr. Strange may forgo the ‘Origin Story” style of most first movies and The Ancient One may only be seen in flashback form. Either way they go, if any of the aforementioned actors gets the part, the role will be in capable hands.

What do you think? Do you think one of these three is the right guy for the part? Or do you think there is a better option out there? Sound off in the comments.