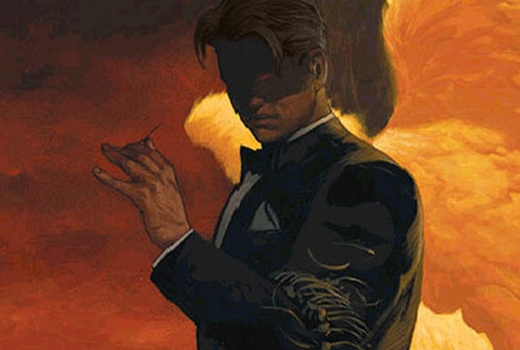 FOX has given the greenlight for a pilot for Lucifer, based on the DC Comics character.

Len Wiseman, co-creator of FOX’s hit supernatural drama Sleepy Hollow, has signed on to direct the pilot which he will also co-executive produce. Also on board as an executive producer is Jerry Bruckheimer.

The TV series is set to revolve around the title character of Lucifer, who grows bored of reigning in hell. he abdicates the throne to the underworld and sets up shop in Los Angeles, helping the LAPD punish criminals.

This is a deviation from the comic series where Lucifer set up a posh piano bar named LUX after leaving Hell. He sees the current universe as flawed and sets out to create his own universe and show that he can do it better than his “father.” Along the way he is beset by opposition from many different otherworldly forces.

I can see why the TV show will deviate from the comic. Having read the comic, it’s very deep and theological. It could alienate a huge audience with it’s religious overtones. After seeing the success for mixing comic books and police procedurals with Gotham, FOX may have decided that was the way to go with Lucifer.

Lucifer ran for 75 issues under DC’s Vertigo imprint. It was a spinoff from Neil Gaiman’s popular Sandman series and contained characters created by Gaiman, Sam Keith and Mike Dringenberg.