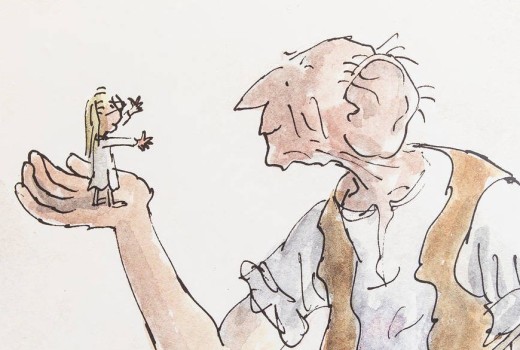 Disney is known for taking properties that already make money and helping them make even MORE money. They don’t normally join up with a project unless they see potential. And nothing says potential like Steven Spielberg adapting a beloved children’s book, which is why Disney has decided to partner up with Spielberg and co-produce and co-finance his next all-ages project The BFG.

Announced in a press release earlier today, this will be the first time Spielberg has sat in the helmed a film for the House of Mouse. “In more than 40 years of making movies, I have been on the producing end of a number of films for The Walt Disney Company, but never as a director,” said Steven Spielberg. “It is a special joy to be in the director’s chair as we start The BFG.”

The adaptation of the classic children’s book, written by Roald Dahl and adapted by Melissa Mathison, tells the story of a Big Friendly Giant who befriends a little girl named Sophie and introduces her to his home, the Land of Giants. This is the first time Mathison has teamed with Spielberg since they worked together on E.T. back in 1982.

“With Steven Spielberg at the helm, ‘The BFG’ will undoubtedly capture the minds of children and adults alike – as Roald Dahl’s original stories and many of Steven’s own films have done for decades,” said Alan Horn, Chairman, The Walt Disney Studios. “The team at Disney has tremendous respect for the filmmakers, and we’re thrilled to join with them to make what will be a spectacular picture.”

Roald Dahl’s enchanting and wondrous books have long been the inspiration for many films, including Fantastic Mr. Fox, Matilda and a couple of interpretations of Charlie and the Chocolate Factory.

The BFG is already set for a July 1, 2016 release, to coincide with the 100th anniversary of Dahl’s birth.