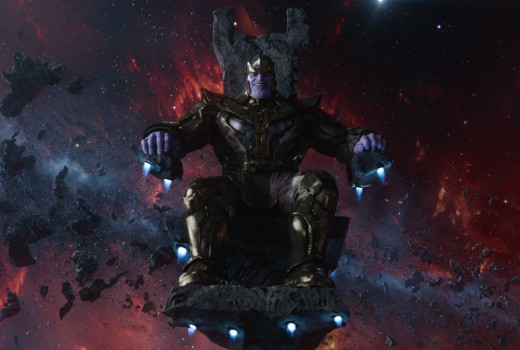 By now all but twenty people in the universe have seen Avengers: Age of Ultron. If you haven’t yet, then shame on you. I’ll throw out the usual SPOILER ALERT to give you a chance to turn back before we venture into territory you might not be comfortable with.

So at the mid-credits bumper that we all have come to love from Marvel Studios, we see the Mad Titan himself, Thanos, slide on the Infinity Gauntlet and prepare to take matters into his own hand(s) in the search for the Infinity Stones.

But last time we saw the Gauntlet, wasn’t it in Odin’s treasure room?

“There are two different gloves. That was not Odin’s vault that you see at the end.”

So that begs the question: Does Odin know about the second glove? Does anyone on Asgard know about it? Because with Loki doing an awesome Odin impression and the next Thor film subtitled Ragnarok (meaning the death of the gods), there’s a good chance that the Gauntlet in Odin’s vault could get obliterated.

And I bet the Avengers could probably be in need of a second Gauntlet to oppose Thanos when it comes time for Infinity War.