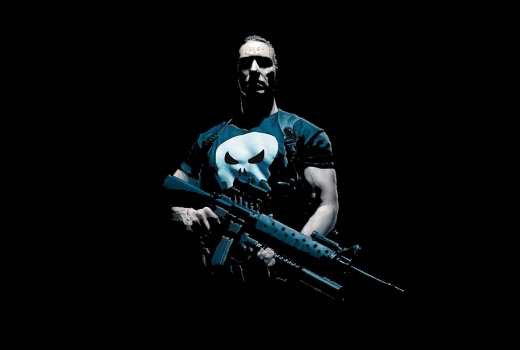 He was already Bane in The Dark Knight Rises and he was almost Rick Flagg in the now-filming Suicide Squad, but it looks like Tom Hardy isn’t done with the superhero world quite yet.

In an interview with Collider while promoting the upcoming Mad Max: Fury Road, the English thespian let it be known that he’s gunning for Frank Castle – or at least a chance to play him.

I don’t think size should come into play in this matter. I think Hardy exudes the right amount of badass-ness that one needs to play The Punisher. His turns in the crime-thriller The Drop or the MMA drama Warrior show that he’s got the talent to be a convincing tough guy, no matter who stands opposite him.

While there are no current plans on the table for another go round with the Punisher, if Hardy did manage to land the role he would be the fourth actor to portray Frank Castle in a feature film, following Dolph Lundgren, Thomas Jane and Ray Stevenson.

I’m of the mind that a film is the wrong way to go this time around, though. I think The Punisher lends himself very nicely to the new world Marvel is growing on Netflix. He’s another street level “hero” that could truly benefit from a twelve or thirteen episode arc. Have him hunt a major crime boss and get closer and closer each episode, ending in a final climactic hour where Castle finally catches his prey – and then moves on to the next target.