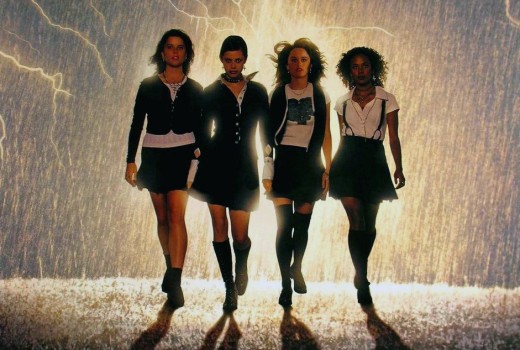 Here comes another remake of an awesome 90’s flick. The Hollywood Reporter is saying that Sony is looking to remake of the popular young witches movie The Craft.

Leigh Janiak, who made her directorial debut with the creepy Honeymoon last year, is set to helm the upcoming project. She’s also been tapped to co-write with her Honeymoon writing partner Phil Graziadei.

The original 1996 movie starred Robin Tunney as a new girl in town who befriends three other magic practitioners. Soon they start to use their powers for personal gain and find that not everything that they wished for is what they want. The film is a 90’s film through and through, but the premise of alienation and being careful what you wish for is a concept that never gets old.

Apparently Janiak won the spot with her take on the concept as a female empowerment tale.

I’m not too sure about this. On the one hand, The Craft is a movie that doesn’t really need to be remade. But if Leigh Janiak can make a decent little horror film out of it, then I’m willing to give it a shot.