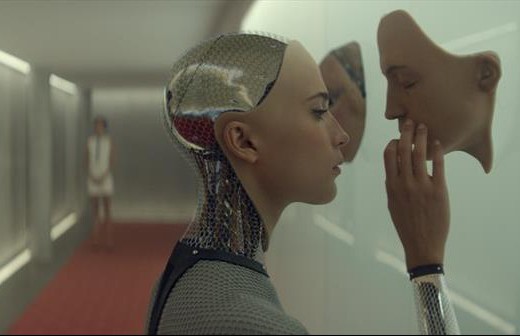 Alicia Vikander, the seductive and sentient AI Ava in Alex Garland’s groundbreaking sci-fi hit Ex Machina, seems to be the new go-to actress in Hollywood these days. It was recently announced that she was up for the lead female role in the adaptation of David Eggers’ 2013 novel The Circle opposite Tom Hanks. But it looks like those plans may be put on hold.

Deadline is reporting that news out of Cannes has Vikander landing offers from two major films, one an established franchise and one a hopeful franchise.

First up is the next Bourne film. Paul Greengrass is returning to direct this next installment which also features the return of Matt Damon as the titular spy. Now word yet on who Vikander would play, as details for the upcoming film were not forthcoming.

The next film being offered is Assassin’s Creed. With Michael Fassbender and Marion Cotillard already attached, this would be a great film for Alicia Vikander to show that she can hang with some accomplished actors in a film that looks to break the streak of bad movies based off of video games.

As for The Circle, her role should be in good hands. Rumors are swirling that Emma Watson may be offered the role if Vikander turns it down.

But nothing is written in stone yet. As of now these were simply offers. Any actual commitments would depend on filming schedules and Vikander’s availability.