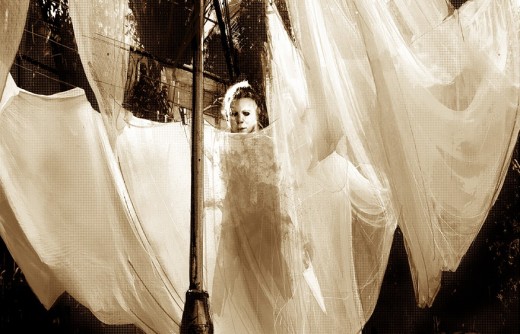 It looks like trick-or-treating is back to being a dangerous proposition.

Michael Myers will be back once again, in what will now be the eleventh overall installment in the Halloween franchise.

Set to be written by Marcus Dunstan and Patrick Melton, Halloween Returns will see the seemingly immortal killer as he awaits his final walk down death row. Variety reports that Dunstan will also sit behind the camera for this film.

The plot, which arrived from the website Moviehole, sounds interesting:

The now 18-year-old child of one of Myers’ victims plays a central role along with the child of a cop whose long been obsessed with Myers’ case, even putting it before his own daughter. Myers is now on death row and the two kids with their own personal vendettas against the killer sneak in to watch his execution. But when things go awry and Myers escapes, the pair, along with their friends, find themselves in the firing line.

At least it’s different than the usual “killing random kids because it’s October 31st” that we’ve seen from a good majority of the films from the franchise. I know it’s called Halloween, but a film like this might be just the shot in the arm this series needs.

One major question many people have is which Michael Myers are we getting? The original unstoppable killing machine? The Rob Zombie version? Or will this be an amalgamation? The writers did say that this isn’t a reboot or retelling – more like a “recalibration” of the character.

Dunstan and Melton were the minds behind the two Collector films (also directed by Dunstan) as well as the writers of the Saw films IV-VII.

A July shoot has been rumored, which would give the film plenty of time to be ready for October of 2016.