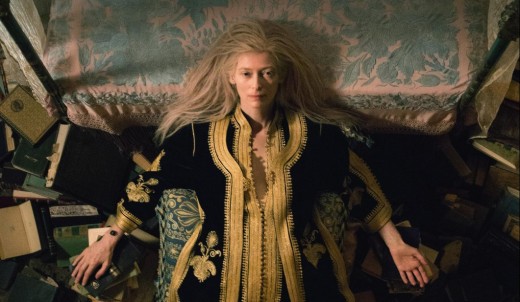 One of the more interesting films on Marvel Studios Phase Three is Doctor Strange. This will be the first look we get into the supernatural side of the Marvel Cinematic Universe.

Director Scott Derrickson has assembled an awesome squad of talented actors. Benedict Cumberbatch as Stephen Strange is worth the price of admission alone. Tacking on Chiwetel Ejiofor as nemesis Baron Mordo was a sweet little addition as well.

And now it looks like we have the icing on the cake in the casting of the Ancient One.

In an interview with Screen Crush, Oscar-winning actress Tilda Swinton had an interesting way to say just how far in talks were with Marvel Studios:

We’re so far in talks that we’re not talking anymore [laughs]. It’s done. The conversation has been had.

So there you have it. Cumberbatch and Swinton and Ejiofor sharing the same screen, with Swinton teaching the other two the finer points on how to be the protector of Earth form mystical threats. I just hope they give all three actors ample time on screen together. This is looking less like a comic book film and more like an Oscar-bait award contender.

Swinton went on to say that it wasn’t any one particular thing that drew her to the role:

Well, there’s no particular interest in getting into something bigger, or even smaller, I just really liked the premise of this and the idea of playing this character. I’m a Marvel fan and I think this particular world that Doctor Strange goes into is really, really, really exciting. I’m really interested as both an actor and a fan to see what’s done in this particular world. It’s all about creativity. It’s not about exploding at the end. It’s about something very different. The idea of playing the Ancient One is really just too tickling. I can’t say no to that!

Doctor Strange is set to debut in theaters on November 4, 2016.