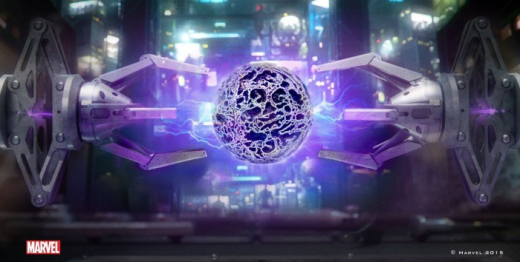 In a move that surprises no one, Marvel just announced that they will do a collection of their complete Phase Two films.

Currently exclusively available through Amazon.com, the Marvel Cinematic Universe: Phase Two Collection is now up for pre-order. No date has been set. Instead it just says that it will be available for “this Holiday Season.”

The thirteen disc set will include standard and 3D Blu-ray versions of Iron Man 3, Thor: The Dark World, Captain America: The Winter Soldier, Guardians of the Galaxy, Avengers: Age Of Ultron and Ant-Man along with a Top-Secret Bonus Disc. The set will also include exclusive memorabilia.

The first set, which packaged Iron Man, The Incredible Hulk, Iron Man 2, Thor, Captain America: The First Avenger and The Avengers, came in a collectible briefcase along with a replica of the Tesseract which actually lit up. Also included in the first set were replicas of Agent Coulson’s Captain America trading cards, S.H.I.E.L.D. character profiles and special collectible cases for the movies only available in the Phase One Collection.

There were no pictures as to what the set would look like but the press release featured the picture above and invited fans to “hold the greatest power of the cosmos in the palm of your hand”:

We can probably assume that the case will look something like the orb that Star-Lord nabbed in the opening scenes of Guardians of the Galaxy.

Marvel really needs to step up their game with this collection. Reports form the last one spoke of a shoddy case, a Tesseract that didn’t always work and discs that slid out of the cases and were scratched up upon arrival. Hopefully they learn from their mistakes and make a set really worth owning.