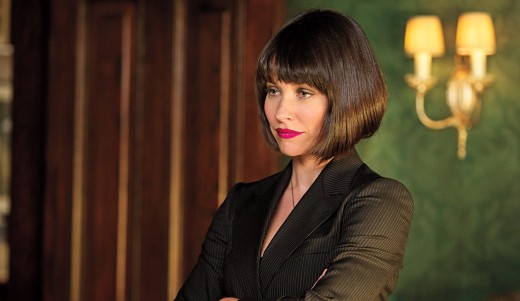 It’s still early in the game yet, and I’m going to be talking Ant-Man spoilers, so I’ll give my usual wide berth for those who still see the movie fresh.

One of the bigger storylines running through Ant-Man was Hope Van Dyne (Evangeline Lilly) wanting to don the size-changing suit and help her father stop the Yellowjacket, but we find out Hank Pym (Michael Douglas) recruits Scott Lang (Paul Rudd) because he doesn’t want to lose his daughter like he lost his wife to the ever-shrinking Microverse.

But Hank changes his mind, showing Hope the Wasp suit he and his wife (her mother) were working on for her when she got older. Hope ends the scene by saying “About damn time,” and we fade to black.

Now the question is when will we see Hope as The Wasp?

Marvel Studios head Kevin Feige told Zap2it when we shouldn’t expect to see The Wasp on the big screen:

It’s a good question, and it will certainly be in phase three. Where exactly in phase three I’m not sure, but it won’t be in Civil War.

She was included in early versions of Civil War but there are so many characters in Civil War that we didn’t want to do her a disservice, like she flies in, ‘I’ve got the costume now’, and she flies out. With Ant-Man, and I’m not saying that’s what Ant-Man does in the movie, but we already know him, we’ve already seen him. We haven’t seen her as Wasp and we don’t want to rob the opportunity of seeing her in the outfit for at least almost the first time, and seeing her dynamic with Scott in a way it could play out, so we’re saving it. But it’s going to be in Phase Three for sure.

At least they have enough respect for the character to not rush into showing her in a “fly-by” cameo.

But where does she fit in? With upcoming films like Doctor Strange, Thor: Ragnarok, Guardians of the Galaxy Vol. 2 and Black Panther it could be any one of them. But these films just don’t feel right.

The only one that feels right is the next Avengers film, Infinity War, Part One. Could you imagine a dramatic third-act debut with her and Ant-Man showing up to do something extremely heroic? I can.

For now all we can do is sit and wait, wondering just when we’ll see The Wasp buzz onto the screen.