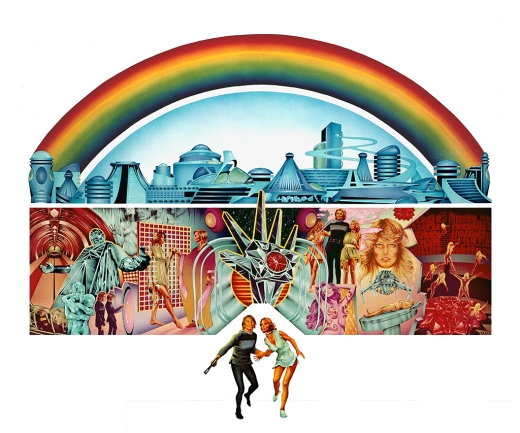 Sometimes a remake just isn’t meant to be. Take a look at Warner Bros and their attempts at Logan’s Run.

Writers like Christopher McQuarrie and Alex Garland and directors such as Bryan Singer and Nicholas Winding Refn have been attached at various points. Even Ryan Gosling has his name connected to the film at one time.

But it just seemed like attempts at getting the film going stalled at the starting line.

But now The Hollywood Reporter has the word that WB is looking towards writer Simon Kinberg to help get the update moving again. Kinberg is being hired to write a story and treatment with a script to be handled by a screenwriter to be named later.

Logan’s Run is one of the best dystopian future flicks. It tells the story of a society where no one lives past the age of thirty. Those that try and escape that fate are deemed Runners. The character of Logan is one of the executioners, known as Sandmen, who put the “elderly” down. He soon finds himself on the run after becoming sympathetic to the plight of and Underground Railroad of Runners.

This project is looking to be an update of the cult classic 1976 film which itself is an adaptation of the 1967 novel by William F. Nolan.

Kinberg brings some pretty heavy geek cred with him. He’s attached in some way to all of FOX’s Marvel film franchises (X-Men, Fantastic Four and Deadpool) as well as having fingers in the Star Wars universe (the upcoming Anthology films and the Star Wars Rebels TV show).

Things are being taken slow at this point – no director or possible stars have been named as of yet. But Warner Bros is hoping that this will finally end the decade-and-a-half roadblock that this project has seemingly been unable to get around.