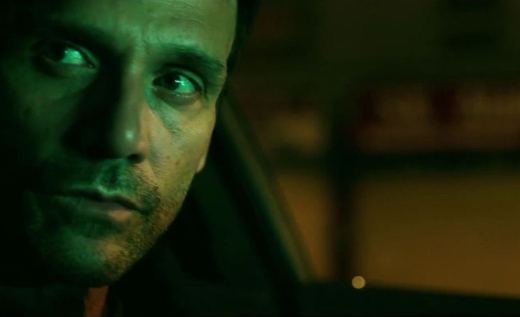 So it looks like Frank Grillo didn’t release enough of the beast the first time around. According to Variety the actor is in final talks to star in the upcoming third installment of the Purge franchise.

No word yet on what the story will be or how big a part Grillo’s character will play. He found it in his heart to forgive the man that killed his son in the last film, letting him live. And good thing too, because he needed the assist from him in the end to save his life from the supposed government employees that were mowing down citizens left and right.

Odds are good that Grillo’s cop character may join the resistance that is slowly rising against the government-sanctioned murder holiday. We saw a glimpse of them in the third act of Purge: Anarchy. The movement can only grow from here.

There were concerns that filming on Grillo’s DirecTV show Kingdom would hamper this deal, but that was ironed out. The actor will finish filming Kingdom this August and start filming on Purge 3 in September.

Grillo has been very busy, having just finished filming on Captain America: Civil War. And before that he was working on the sci-fi action film Beyond Skyline, the sequel to the underwhelming 2010 film Skyline.

The third Purge film, which sees writer / director James DeMonaco return to run the show, is set to release in theaters on July 1, 2016.