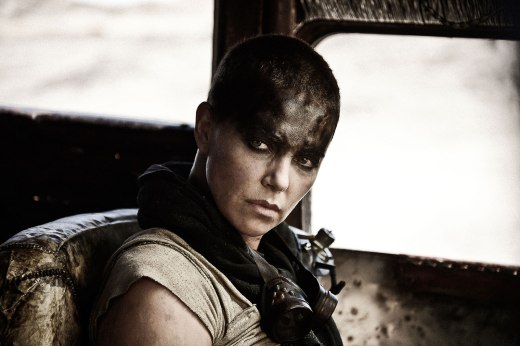 Mad Max: Fury Road was one of the nuttiest, craziest films of the summer. It was non-stop action almost from start to finish. And what’s even better is that we know that more installments are on their way. George Miller confirmed that the next film will be called Mad Max: The Wasteland and that Tom Hardy is signed on for at least three more sequels.

But it seems as though Imperator Furiosa might not be a part of the next Mad Max film.

In speaking with USA Today, Charlize Theron was asked about her level of involvement in the next sequel and her answer didn’t exactly inspire confidence:

What’s Wasteland? This is all news to me. I have not heard anything like that.

This could be a sign that Warner Bros didn’t anticipate just how popular the character was going to be and haven’t asked the actress back for any sequels yet. But that seems a little implausible. Back when Fury Road was originally imagined as a two-film project, the second film was subtitled Furiosa. So while yes things did change, they had to figure Miller might still have big plans for the character.

But maybe the reason Theron hasn’t been talked to about Wasteland is because George Miller is creating her own spinoff film? This is just wishful thinking on my part, but WB could jump on the strong female hero bandwagon and give Imperator Furiosa her own film somewhere down the line.

With Fury Road not really blowing up the box office like the studio had hoped, it’s no shock that they might be dragging their feet on the sequel until they can see what kind of revenue they get from home media sales. Still, it would be a bit of a bummer if we had to wait another thirty years for the continuing adventures of Mad Max.