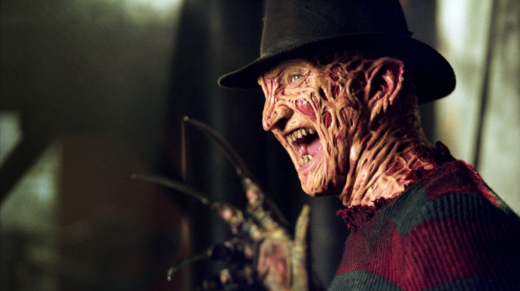 I liked the reboot of A Nightmare on Elm Street. Wes Craven’s version is a classic, well know this. Even though the remake  was far from perfect, it had a couple of good scares and actually used facts about sleep deprivation to make it scarier. You had to choose between sleeping and letting Freddy Kruger get you or not sleeping and possibly going comatose and…Freddy Kruger getting you. Not really a win-win situation.

Jackie Earle Haley was a worthy successor to the glove, taking over for Robert Englund. But of course the film under-performed according to New Line and now there are talks of yet another reboot being put into the pipeline.

The Tracking Board got wind that Orphan scribe David Leslie Johnson will handle scripting duties this time around, but so far he’s the only person attached to the film.

The new film will ignore the previous 2010 reboot and work on creating its own universe. No word yet on whether we’ll see Nancy back as everyone’s favorite “final girl.” But if she isn’t, I’m sure we’ll get some kind of Easter egg mention of her.

The original Nightmare films are classic horror, chock full of scary shit that freaks you out. After the first film, Freddy got campy, spouting one-liners and acting like a bad late night talk show host. They tried to go serious again with New Nightmare, but by then it was a little too late. Some time away from the spotlight and New Line figured maybe a new stab at the Nightmare franchise was in order. Hopefully this will bode better than the failed reboot of the Friday the 13th franchise back in 2009.

With Johnson also tackling the Dungeons and Dragons script, it doesn’t look like this film will be getting underway anytime soon. But just like the nightmare king himself, it’s unlikely that this idea will truly die.