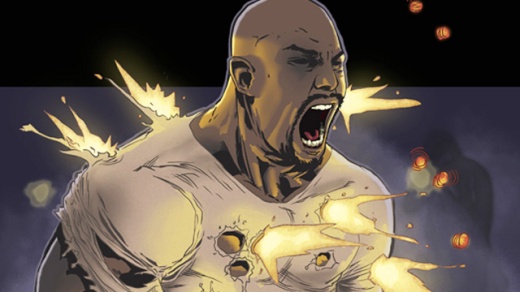 We know that the Netflix / Marvel Studios series Jessica Jones is next to debut late this fall and season two of Daredevil is currently filming. That means the next show out of the gate will be Luke Cage, which starts production soon for a 2016 debut.

We know that Mike Coulter will play the titular Hero for Hire and that Alfre Woodard was recently cast in a prominent role. But we don’t know much about the premise yet…until now.

Heroic Hollywood managed to grab a synopsis of what the series will boil down to for its 13 episode run:

Luke Cage is a former gang member who is framed for a crime. In prison, he volunteers for a medical experiment that goes awry, giving him super strength and bulletproof skin. Using his newfound powers, Cage escapes and becomes a hero for hire. His archenemy is Willy Stryker, a former childhood friend from Harlem. The two committed petty crimes together, and both fell for the same woman, Reva Connors, which led to their eventual falling out. It was Stryker who framed Cage for a drug deal that sent him to prison.

So the show will follow the early issues of the comic books, if this is to be believed. But it still leaves so many questions unanswered. Like will the series focus on Cage getting his revenge? Since he debuts in Jessica Jones with powers, will the majority of this be told in flashback, ala CW’s Arrow?  And how does Cage use his powers for the good of the people as a “hero for hire.”

Hopefully we get a little more in depth analysis as the series moves forward from pre-production to production to actually shooting.