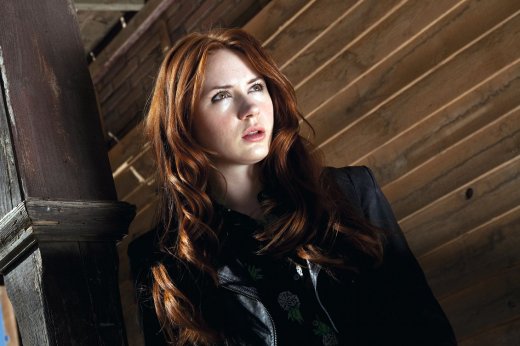 Director James Ponsoldt’s The Circle continues to expand, and in a really good way.

Deadline is reporting Karen Gillan, best known from Guardians Of The Galaxy and Doctor Who, has signed on to join the enigmatic, futuristic conspiracy thriller. Gillan will play Annie, a “warm, cute, goofy, old-money confident and fiercely intelligent member of The Circle.”

The film, based on the novel of the same name by author David Eggers, introduces us to a company known as The Circle, which is a one-stop shop for all your online needs. But a new employee to The Circle feels like all the transparency and sharing might not be for the best.

Emma Watson plays young upstart Mae who gets the ball rolling while actor John Boyega will be the visionary genius behind the concept of The Circle. Tom Hanks has signed on to play a mysterious older man.

I haven’t had a chance to read the book yet, but from the description alone it sounds like Gillan’s character will be the kind of person who befriends Watson’s character and is all smiles and rainbows to her face but is really just there to keep an eye on her when she starts snooping around.

This film comes at a great time. People are becoming more and more trusting of technology and having all of their info in one place for convenience, all while turning a blind eye to the kind of danger and risk that they put themselves up against. Hopefully a film like this will get people thinking about how they and where they put their personal information.

No production start date or potential release date has been set as of this writing.