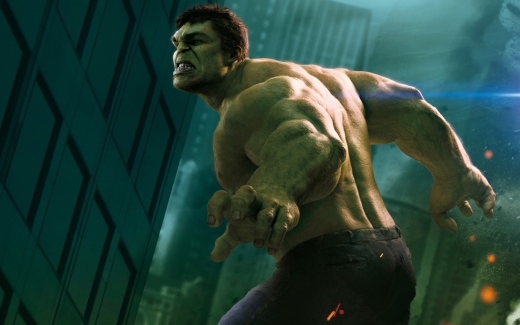 For months now there has been massive speculation as to whether The Hulk would take a side in Captain America: Civil War. Just about every other Marvel character is in it (except for Thor) and with General Ross, the world’s number one Hulk-hater in the film, many thought that it was only natural for Bruce Banner to side opposite his nemesis.

But it has been confirmed once and for all that Hulk will be on the sidelines for this next outing from the Marvel Cinematic Universe.

In an interview with the Italian website BadTaste (which ComingSoon picked up on), Mark Ruffalo explains just why his big green alter ego won’t appear in Civil War: (and a thanks to /film for the translation and grammar clean-up).

Because he’s still missing, and it’s unknown where he is. I thought that I would be in the film, but in the end they evidently believed that the reveal of what happened to the Hulk was too big, and Marvel wants to save that information for later. My character had been in the script, but then he got removed. Who knows, maybe the Hulk will never return. They want to keep the revelation of what happened to him a secret, because it’s something really big.

That makes a lot of sense. Captain America: Civil War is already stacked full of characters. If the Hulk was just going to be a throwaway scene or two, maybe it’s better that his fate from Avengers: Age of Ultron remain a mystery for now. Joss Whedon did say that Marvel excised a major Hulk moment from that film, but that it could be used down the line somewhere.

Many people think that this means we’ll be getting a solo Hulk film soon. Marvel technically has the rights, but they can’t release it without Universal who has the rights to distribute. With Phase Three already set in stone, and the rights to a solo film in limbo, the earliest we could see a Hulk film is Phase Four, which begins in 2020. The scenario that makes the most sense is for Hulk to show up in the two part Avengers: Infinity Wars. But what if Marvel has something else in mind?

Imagine this for Phase Four: TWO Hulk movies. We could start with the gladiator epic Planet Hulk storyline, that shows Tony Stark and other like-minded heroes shooting the Hulk into space. Marvel could continue doing double credit bumper scenes on the next few films, with one scene tying into the current movie / next movie while the second scene shows Hulk on his way back to Earth. Phase Four would close out with the knockdown, drag-out fight film Avengers: World War Hulk. I know, I know, Marvel knocked the Planet Hulk idea around and abandoned it. I’d still love to see it happen though.

How cool would that be?