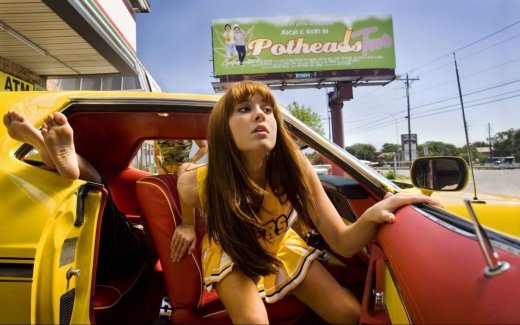 So what happens when aliens invade Washington, D.C. and eat the brains of the majority of the politicians, causing the government to shut down? Business as usual? No, you get the new CBS series Braindead.

The comedic thriller is set to debut on CBS in summer of 2016 with a thirteen episode order. This is usually a good testing ground for shows networks aren’t too sure about, so they put a shortened season on the hot summer months while most folks wait for their favorites to come back in the fall.

The Wrap nabbed the news that actress Mary Elizabeth Winstead has been signed for a prominent role in the series. Her character will play the daughter of a Democratic bigwig who left the family business to become a documentary filmmaker. But the void left after the aliens are done snacking has left her brother, a senator who managed to keep his grey matter, with a lack of staff, so she finds herself pulled back in to help him run his senate office.

I like Winstead. She’s a funny actress and has great deadpan delivery. Her performance in Scott Pilgrim Vs the World is one that stands out to me as one of her best so far.

The series has been described as “West Wing meets The Strain,” which takes two shows that couldn’t be more different and mixes them up like some DJ at a club with the latest hot mash-up. I enjoy both of those shows, so let’s hope that Braindead can live up to the lofty expectations it’s now setting for itself.