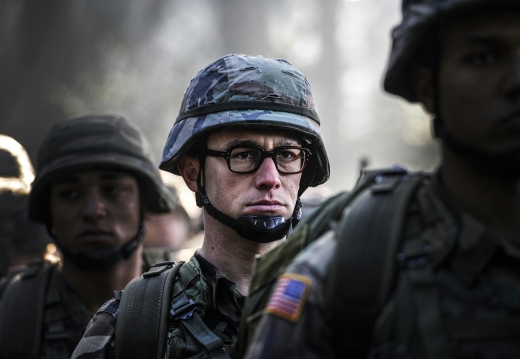 It looks like there will be at least one less Christmas gift under the tree this year. Oliver Stone’s Snowden has been delayed and pushed off of its original December 25 release date.

THR reports that Open Road has taken the Edward Snowden biopic and moved it to a date yet to be determined.

Rumors are floating that Stone has yet to complete the film to his liking. If true, this bodes well for the director. Now he’ll have time to finish the film and put out a final product that he takes pride in. This also takes the film out of Oscar contention for the next award show. Unless the film gets delayed by almost a whole year or is absolutely incredible it may get lost in the shuffle in 2016.

But on the plus side again, Christmas Day this year is packed. You’ve got Daddy’s Home, Concussion, Point Beak, The Revenant, Joy, The Hateful Eight, Alvin & The Chipmunks: The Road Chip as well as Star Wars: The Force Awakens going into Week 2. That’s a lot of competition. If it ends up getting released in the tail end of January or February then we get something to look forward to in the time of year when studios usually dump their garbage films that they have little faith in.

The film, which has an all-star cast of Joseph Gordon-Levitt, Melissa Leo, Timothy Olyphant, Nicholas Cage and Shailene Woodley amongst others, is based on at least two different books. Oliver Stone co-wrote the screenplay using The Snowden Files: The Inside Story of the World’s Most Wanted Man by Luke Harding and Time Of The Octopus by Anatoly Kucherena.

Stone considers the NSA whistleblower a “hero” so I’m expecting this to be a little lopsided in viewpoint. But it is an Oliver Stone film, which means it should be entertaining no matter what.

2 thoughts on “Forecast Calls for ‘Snowden’ to be Delayed”