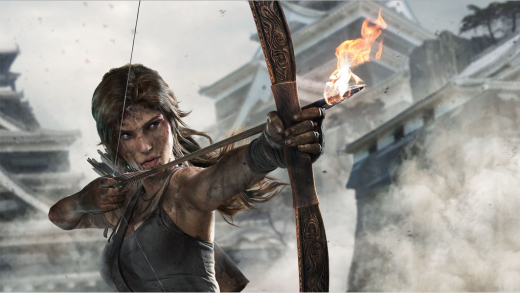 Warner Bros and MGM are hard at work rebooting the Tomb Raider franchise. Not that there was really anything wrong with the Angelina Jolie films, it’s just how Hollywood operates.

The Tracking Board reports that the studios have their choices for director down to three, and folks it looks like Wonder Woman all over again.

The rumor is that Kathryn Bigelow, Mimi Leder and Catherine Hardwicke are the top three names up for the job.

All three are experienced in some form of action. Leder directed The Paecemaker and Deep Impact, which were huge Hollywood action flicks. Bigelow helmed cerebral war pieces The Hurt Locker and Zero Dark Thirty, both Oscar nominated films (and in the case of The Hurt Locker, an Oscar winner). And Hardwicke took on tween action like Twilight and Red Riding Hood.

All three of these women are accomplished directors in their own right. What kills me is TB’s claim that producers are looking for “a Michelle Maclaren-type” to take over the film. Why does it have to be a female director? Because it’s a female lead character? WTF?!?! Didn’t we just go through this with Wonder Woman?

It shouldn’t surprise me because Warner Bros is behind this film too, but I can’t help being a bit let down if this is really their top three. Bigelow is too big a name for this, Leder hasn’t done anything of note in years and Hardwicke is kind of a lost cause for me at this point with action flicks.

Maybe the studios should worry about just getting a good director instead of focusing solely on the gender once again. This is unconfirmed at this point in time, so it could just be conjecture and hearsay. But it still doesn’t mean I have to like it.