After years of highs and lows, The Walking Dead have found Jesus.

No, the zombie survival show isn’t going religious on us. The juggernaut horror / drama has cast the character of Paul Monroe, affectionately nicknamed “Jesus” because of his similar look to deity.

Actor Tom Payne has been signed to play the character which makes his debut in season six, according to The 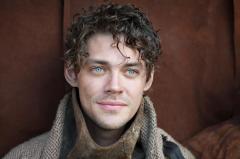 Hollywood Reporter. There has also been rumors that the contract has Payne signed for season seven as well which means the TV character may take the route of his comic book counterpart and be around for the long haul.

I’m a huge Jesus fan and I know I’m not alone. The closest I can come to describing him for non-comic readers is that he’s like a male Michonne – he knows what he’s doing to survive and he doesn’t screw around.

With the addition of Jesus we can only assume that the TV show is looking to expand the universe and introduce other safe communities like the Hilltop and The Kingdom. But this could also be a tiding of bad omens as that also paves the way for the introduction of Negan – a villain so vile and cruel he makes The Governor look like a pen full of cute puppies.

I’m stoked to hear this news and can’t wait to see what Payne brings to the role and the TWD universe.

Season six is just a few weeks away with a 90-minute premiere set for Sunday October 11.

One thought on “AMC’s ‘The Walking Dead’ Finds Jesus”