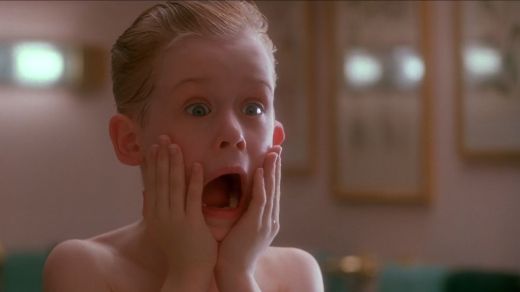 I think it’s safe to say that we’ve all seen the first Home Alone movie at least once. I used to watch it every holiday season and still catch it from time to time when it’s on TV around Christmas. But the one thing I never got to do was see it in theaters.

But that changes this year.

To celebrate its 25th Anniversary (I feel old just typing that) Home Alone will be getting a theatrical re-release thanks to the good folks at Fathom Events. At select theaters on Sunday November 8 and Wednesday November 11, at 4:30 and 7:30 pm local times, we once again get to see Kevin McCallister take on the Wet Bandits and protect his home from being burgled.

The film, which was directed by Chris Columbus from a script by John Hughes and starred Macaulay Culkin, Joe Pesci, Daniel Stern and a host of others, is just good, clean family fun. It still holds up to this day and doesn’t bore me like most of the usual holiday specials that get played ad nauseum every year.

With the anniversary showings of films like Back to the Future and Iron Giant coming up very soon, it’s a good year to be nostalgic.