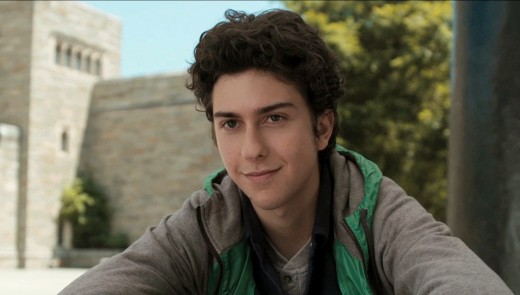 Who would Nat Wolff kill if he could do it just by writing someone’s name into a notebook? We’ll find that out, as Variety broke the news of the actor being in final talks to star in the American version of the Japanese manga Death Note.

The premise is simply, if not a little cheesy: A young student finds a notebook that will kill anyone whose name is written in it. The student has a blast killing people left and right. But soon the body count starts getting a little too high and the police take notice. Now the young man is set into a cat-and-mouse game as a brilliant but reclusive detective is on his trail.

Wolff has had a breakout year, starring in films like Paper Towns and The Intern. His was also one of the names being tossed around when Marvel Studios and Sony were looking for a new Spider-Man to introduce to the Marvel Cinematic Universe.

The original Japanese story came out as manga (the Japanese version of comics that come out in volumes like the trade paperback collections in America) from 2003 until 2006. It was also adapted into three live-action movies in the Land of the Rising Sun.

The American version has been trying to get off the ground at Warner Bros for years. Shane Black and Gus Van Sant were both previously attached to helm but now up-and-coming horror director Adam Wingard will sit behind the lens for this one.

Shooting is scheduled to start next spring.