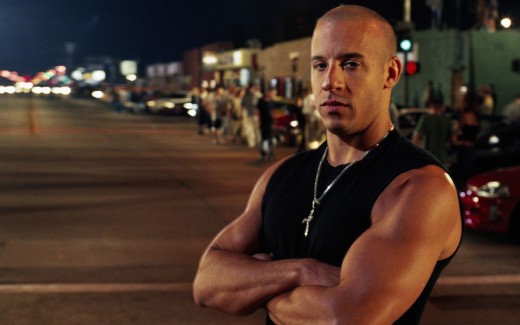 Vin Diesel has one of the most easily recognizable voices in film today. His portrayal of Groot in Guardians Of The Galaxy used his gruff tones to their utmost. So it would almost be impossible for the actor to play anyone else in the Marvel Cinematic Universe, right?

Not according to Diesel it isn’t.

I can totally be something [else] with Marvel. I think playing [Groot] only makes Marvel that much more excited and me having my experience with Marvel, seeing how great they were, makes me more excited.

We’ve heard a lot of talk about Marvel wanting to have me play a character that doesn’t have my voice. So my voice is used for Groot and my presence is used for the other character.

Even before there was Groot there were rumors that Diesel was in line to play Black Bolt, leader of the Inhumans. Every member of the Inhuman race, when they hit adulthood, get transformed by Terrigen Mist resulting in some kind of superpower. Black Bolt’s is a voice whose slightest whisper could topple mountains. So this could be the role he’s hinting at.

Just when the Inhumans film will get going is another question. With the recent addition of Ant-Man and the Wasp to the Phase Three lineup and the shake-up of the schedule due to that, Inhumans seems to have been pushed from the end of Phase Three to the possible start of Phase Four.

That might not be such a bad thing though. It could launch the next phase for the Marvel Cinematic Universe to a more cosmic era and finally bring together the Guardians and Avengers in the crossover film that a lot of fans seem to really want.

We’ll just have to wait and see when pre-production and casting begins on Inhumans to find out if Diesel is in truly in the running.