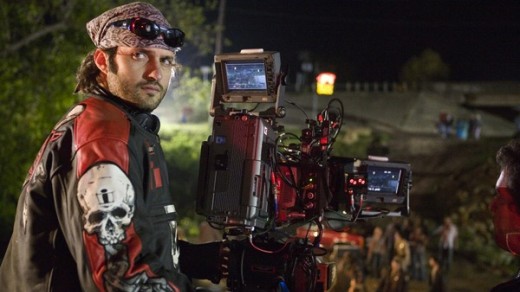 James Cameron originally planned on making a live action version of the popular Japanese manga Battle Angel Alita, but the siren call of his Avatar films has been too strong and BAA has sat on the director’s backburner.

Fear not though, fans. FOX announced today that Robert Rodriguez will be picking up the ball and running with it, as the studio has picked him to direct the adaptation with Cameron taking a producer role.

The film now titled Alita: Battle Angel, will still come from a script by Cameron according to Entertainment Weekly. So while he won’t be directing it, Cameron’s influence will still be felt. It’s said the film will be an action-adventure set on the backdrop of love and self-discovery.

James Cameron released the following statement regarding the announcement:

Robert and I have been looking for a film to do together for years, so I was pumped when he said he wanted to do Battle Angel. He’s very collaborative and we’re already like two kids building a go-kart, just having fun riffing creatively and technically. This project is near and dear to me, and there’s nobody I trust more than Robert, with his technical virtuosity and rebel style, to take over the directing reins. We’re looking forward to learning a lot from each other while we make a kick-ass epic.

Likewise, Robert Rodriguez had nothing but kind things to say:

Battle Angel is an incredibly rich and vibrant epic in the tradition of Jim Cameron’s spectacular, character-driven films. Getting to work from Jim’s terrific and visionary script while learning the cutting edge techniques he’s pioneered is a master class in filmmaking. It’s an honor to explore the world of Alita along with Jim and Jon, whose films have impacted me for decades.

The original story, which premiered in 1990, followed a cyborg in the 26th century. She gets saved from the scrapheap by a cybernetics doctor who restores her and names her after his dead car, Alita. She remembers nothing of her past, except for a type of cyborg martial arts named Panzer Kurst. Now a Hunter-Warrior that track down killers and other dangerous people, Alita is on the search for her past.

Rodriguez hasn’t always knocked it out of the park (Machete Kills and Sin City: A Dame to Kill For comes to mind) but he always delivers something entertaining. This will be his most high-profile film to date so the pressure is on. But with Cameron backing him I have no doubt RR can deliver on this one.