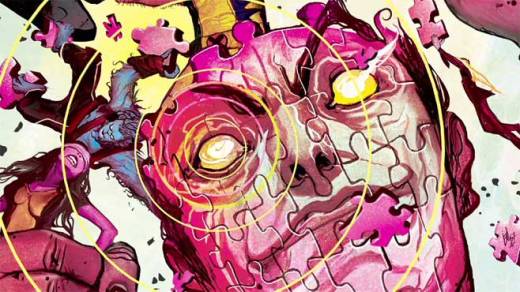 FOX is looking to keep a stranglehold on the X-Men rights by any means necessary. If they plan on keeping the franchise they might as well make the most of it, and that would seem to include developing a couple of TV shows.

First up is Legion, which is set to land on FX. The show already has a pilot order and Fargo TV series creator Noah Hawley will come on board as an executive producer as well as writer for the first episode.

In the comics, the character of Legion is the son of Charles Xavier, otherwise known as the psychic mutant Professor X. The network released the following logline to let the public know a little bit more about what they bring to the table:

Since he was a teenager, David has struggled with mental illness. Diagnosed as schizophrenic, David has been in and out of psychiatric hospitals for years. But after a strange encounter with a fellow patient, he’s confronted with the possibility that the voices he hears and the visions he sees might be real.

FOX proper has gained the right to broadcast Hellfire, which is being developed by Evan Katz and Manny Coto, which sounds like it will be based around the infamous Hellfire Club that fans got a glimpse of in X-Men: First Class. FOX sent out a little blurb regarding the basic premise of the show:

FOX’s Hellfire is set in the late 1960s and follows a young special agent who learns that a power-hungry woman with extraordinary abilities is working with a clandestine society of millionaires, known as “The Hellfire Club,” to take over the world.

I can get behind a good period piece like this. If the show took on the same vein of Marvel’s Agent Carter I think I may have found another weekly show I have to keep up with.

Both shows are still in the early stages, so no premiere dates have been discussed yet. But with Bryan Singer’s swansong X-Men: Apocalypse hitting theaters this spring, I’d think these are going to get fast tracked as possible summer series.