Like many people out there, Star Wars shaped my childhood in the 80’s. There were the heroes who we all pretended to be but Star Wars was STAR WARS because of those epic space battles. As a child, the Falcon, the X-Wings, the TIE Fighters and Star Destroyers were all jaw dropping extensions of the good or bad characters that happened to be piloting them. I vividly remember epic space battles in the backyard as fireflies and the bug zapper gave light to our final approach on the Death Star on many warm summer nights.

Now, we’re on the verge of the final Force Awakens trailer and one thing I’ve been itching to see more of is ships (Not to mention Luke, Maz Kanata and Supreme Leader Snoke). We’ve seen some great ones so far, the Falcon (complete with its new rectangular dish), X-Wings, the Special Forces TIE Fighter and a new Star Destroyer. But I want to see some ships that we are less familiar with.

Below, via concept art, I have some looks at vessels we might see in some form in The Force Awakens. Who knows, perhaps some of these will pop up in the final trailer tomorrow.

Finally, a couple alternate looks at the X-Wing. (designs I really like.) 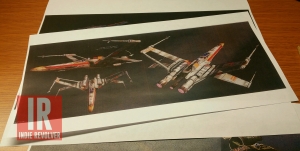 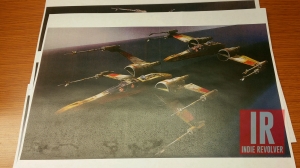 I love this stuff. Consider it an appetizer to all the great stuff kicking off today with the release of the poster and final trailer tomorrow.

We’re in the final approach!