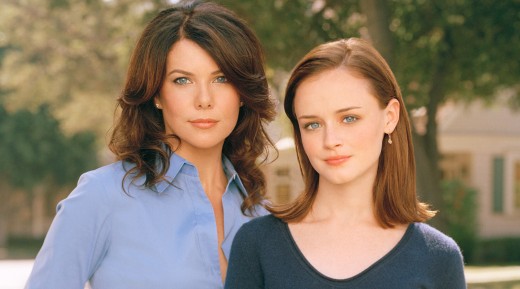 In news set to delight many fans of the series (My girlfriend Jenn and IndieRevolver contributor Lizzy Ferro included), Netflix is looking to revive CW staple Gilmore Girls.

The Hollywood Reporter has the news that the streaming provider is looking to reunite Lauren Graham and Alexis Bledel as fast-talking mother-daughter combo Lorelai and Rory Gilmore. And fans can breathe a sigh of relief as series creator Amy Sherman-Palladino and husband / executive producer Daniel Palladino are wanted back as well.

The series is being pitched as four 90-minute movies instead of the usual ten episodes seasons that Netflix is known for. With how fast the Gilmore women can spit out words, they might actually be able to get two hours worth of dialogue in each episode.

The original series ran on CW for seven seasons, but fans really checked out after season six, when contract disputes caused the Palladinos to walk away from Stars Hollow and the lovable cast of characters they created.

I wasn’t a huge fan, but I watched the show with the girlfriend and could appreciate its style and tone. It showed positive females who weren’t defined by the men around them (although those with the Y chromosome did manage to cause their fair share of problems in the Gilmore ladies’ lives). I can definitely say that the last season lost a lot of the charm with the loss of  Amy Sherman-Palladino at the creative helm.

Netflix picked up streaming rights to Gilmore Girls last year and he show has been a success for the provider ever since.

This is Sherman-Palladino’s chance to finally get the last word on how things should end for her characters. While no one is signed on for sure yet, fans are hopeful that when production starts in early 2016 we’ll see many of our favorites back on the small screen in the quaint little hamlet of Stars Hollow.

One thought on “Netflix Looking to Revive the Gilmore Girls”