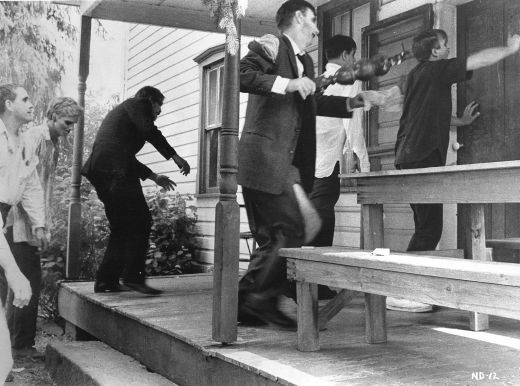 So how cool is it that Bloody Disgusting is reporting that we now have word that the master himself may have unearthed deleted footage from his classic AND is looking to release that footage to the general public? Crazy, right?!?

Well, it gets better. Apparently word is that Martin Scorsese is overseeing the restoration of the deleted footage!

The cut footage in question isn’t just a random line here and there or extended tracking shots. The footage is a deleted scene from the basement of the farm house and is one of the biggest zombie scenes in the film.

One of the biggest regrets that Romero must have about this film is the lack of copyright. Back in the day the distributor forgot to put a copyright notice on the film and it’s been in the public domain ever since. If Romero re-cut the film and added the scene could he copyright it then as a new feature? That would be great for the director and the fans. A Definitive Edition with the nine minutes would point fans in the right direction as to which one they need to own for their collections.

Hopefully this gets released soon, as now my curiosity is piqued to see this scene. Keep checking back here as we’ll post any updates in this as soon as news becomes available.