The upcoming Baywatch film did a good job choosing it’s beefcakes, signing Dwayne “The Rock” Johnson and Zac Efron as the male leads. But now it’s time to move our attention from the red shorts and focus on the red swimsuits. After all, people weren’t tuning in to see David Hasselhoff run in slow motion down the beach.

Deadline reports that the shortlist for women who Paramount is considering for the female lead, and it looks like the studio is keeping their options wide open with the amount of talent on the docket: 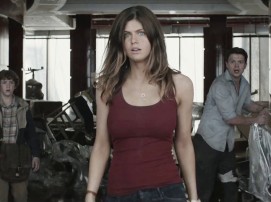 -Alexandra Daddario headlines this list. She earned major kudos for her turn in HBO’s first season of True Detective and most recently co-starred with Johnson in the summer blockbuster San Andreas.

-Ashley Benson was also named. She was in this year’s Pixels and proved she could rock the swimwear in Spring Breakers.

–Vampire Diaries’ Nina Dobrev was another named being talked about. She was just in the horror/comedy hit Final Girls. 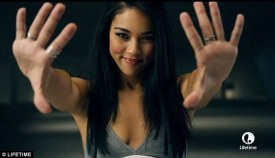 -Alexandra Shipp rounds out the women that I feel are the frontrunners. She had a role in this summer’s Straight Outta Compton and will debut as Storm in next year’s X-Men: Apocalypse.

The other three included on the list are Shelley Henning (MTV’s Teen Wolf, Unfriended), Bianca Santos (The Duff, MTV’s Happyland) and Denyse Tontz (All My Children).

The reports say that even if only one of these women are chosen for the lead role, there are still plenty of other parts for any number of the other women to take. And this may not even be the final list that Paramount may compile.

The Baywatch film is set to follow the 21 Jump Street model, where it doesn’t take itself too seriously but also won’t go too far overboard with the tongue-in-cheek antics. Filming is set to start in early 2016 for an as-yet-undisclosed release date.