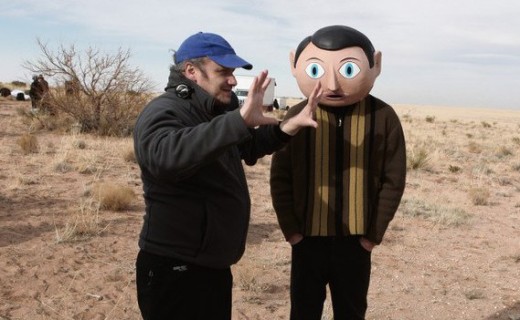 So what does Room director Lenny Abrahamson do as a follow-up to his dark but critically acclaimed latest effort? He tackles something equally as challenging in a biopic about bisexual boxer Emile Griffith.

Deadlne broke the news about Abrahamson’s next project. The director will also co-write the screenplay which will be based on Donald McRae’s book A Man’s World: The Double Life of Emile Griffith.

Griffith was an accomplished boxer and two-time welterweight champion. However he was best remembered for his part in the death of his opponent Benny “The Kid” Paret in 1962.

The pugilist won the title from Paret in 1961, just a couple of years after his in-ring debut. Six months later Griffith would drop the belt back to Paret. On March 24, 1962 the two were all set for a new match when Paret grabbed Griffith’s rear end and hurled a gay slur at him during the weigh-ins in a room full of journalists.

Griffith wasn’t open with his bisexuality, as homosexuality was a crime at the time. During the 12th round of the fight Griffith cornered Paret and pummeled him as he lay against the ropes. When the fight was over and unconscious Paret was taken to the hospital where he died a little over a week later. Griffith and the sport of boxing suffered a proverbial black eye that day and the fighter harbored guilt over his part in Paret’s death until he died in 2013.

Abrahamson is quite excited for this project:

It is so rich that it’s hard to know where to start. As a character study, Griffith is incredibly compelling. There was a gentleness and innocence about him, and he never seemed conflicted about his sexuality; indeed he found joy in it. He inhabited two worlds — the underground gay scene in New York in the ’60s and the macho world of boxing. The societal stigma at that time was dreadful and created a crushing pressure on him.

You look at how closely his two worlds intersected. Just how different are they, when the sport is such a celebration of the male body and the beauty of its athleticism. Go one step further, and inject the tiniest sense of sexuality, and people are up in arms. Griffith himself once said a quote that just floored me. ‘They forgave me for killing a man, but they couldn’t forgive me for loving a man.’ That to me was so powerful and such a crazy contradiction. And it is still relevant today.

With Abrahamson’s gentle hand at handling dark and sensitive material, this seems like a project right up his alley. Hopefully he can keep up his level of quality that we’ve seen from him in films like Room and Frank.

No word yet on when filming would begin or when the film is likely to be released.