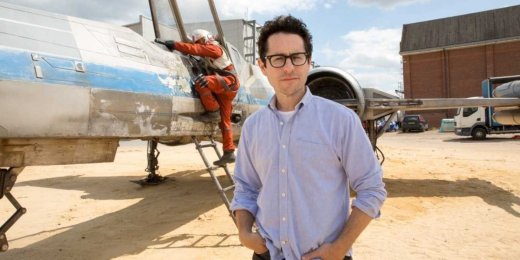 When Abrams took on Star Trek in 2009, it was almost as if he fell into the role. Quoted in an article in The Guardian, Abrams openly admitted that he was not a fan of the franchise growing up. The same article describes his trajectory as attracting one major role after another, and ultimately earning the studio’s admiration and the Star Trek offer after his work directing Mission: Impossible III. That’s not to say Abrams started the project without being adequately prepared or informed, but where the 2009 Star Trek was concerned, he viewed his own lack of attachment to the series as something of an advantage. Abrams represented a fresh perspective, and one that served the series well given the success of the 2009 film. He had similar success with the 2013 follow-up, Star Trek Into Darkness, though that film received more criticism than the first effort.

Actually there’s something of a divide in how the Star Trek films were viewed. For the most part they

satisfied modern audiences that might fall into the same category as Abrams: folks who appreciated the Star Trek franchise but didn’t really “get” it. On the other hand, many devoted fans of the franchise, a.k.a Trekkies, took issue with some of the details and execution. If one thing can be said unequivocally for the 2009 and 2013 films, however, it’s that through them Abrams launched his own version of Star Trek for a new generation.

When modern fans think of Captain Kirk and Spock, it’s Chris Pine and Zachary Quinto who come to mind before William Shatner and Leonard Nimoy. We think of exceptional effects and realistic adventure sequences rather than the somewhat crude visuals (Abrams even called them “campy”) of the original films and shows. Perhaps the clearest indication of all is that a franchise that dates back to the 1970s has even welcomed new faces in its gaming representation. At Betfair’s arcade gaming platform, you can find a number of titles related to famous works of fiction, and Star Trek is right among them. But you’ll notice if you look closely that images of Pine, Quinto, and other current cast members make up the cover of the game, rather than classic images of the franchise as a whole. That may sound insignificant or ordinary, but compare it to the fact that the biggest Star Wars video game in years was just released containing themes, images and settings almost entirely reminiscent of the original trilogy.

All of this speaks to the both the biggest difference and the biggest similarity between Abrams’ two incredible sci-fi endeavors. On the one hand, the projects are entirely different. Abrams was seeking to reinvent Star Trek without a clear understanding of what exactly it was to original fans. With Star Wars, he’s seeking to recapture magic that’s particularly familiar to him, as he’s described himself as a devoted fan. On the other hand, we’ve already seen Abrams accomplish what some believed to be impossible when he took an iconic franchise and made it his own, without making it any worse.

If we’re lucky, the same will occur with Star Wars: The Force Awakens, even though Abrams is approaching it from an entirely different vantage point. Collider posted an interview with Abrams about why he initially turned down and then accepted the job of directing the new Star Wars film, and it appears that it was largely the idea of being able to make it his own that drew him in. As much of a Star Wars fan as he evidently was, Abrams was initially wary of doing another sequel after the likes of Mission: Impossible III and the Star Trek films. But when he actually got into discussing the direction of a Star Wars continuation, and the idea of new, young heroes arose, he became interested. Abrams indicates that he saw an opportunity to inject a younger audience’s perspective into the film in a very cool way. Just as young viewers may know the original Star Wars films more as myths than the sensations they were in their time and for years after, the new heroes in the film will view the old cast as legends.

Ultimately it appears that Abrams has gotten the best of both worlds with his chance to direct The Force Awakens. As with 2009’s Star Trek, he has a very legitimate chance to turn a sensationally popular series into his own creative vision. But this time around, he’s doing so with the full adoration and care of a devoted fan. And that could be just the missing piece that kept the Star Trek sequels he made from total greatness.

The Force Awakens will be released on December 18. You can view the trailers here.