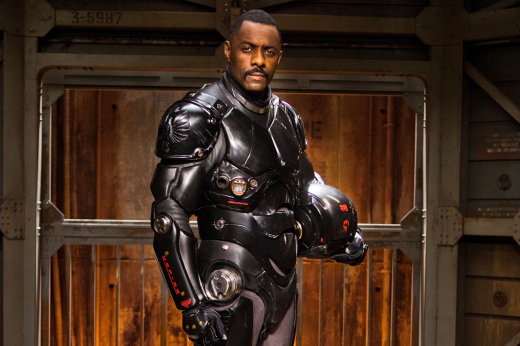 With Matthew McConaughey being rumored to play the villainous Man in Black in Sony’s upcoming film series adaptation of the Stephen King Dark Tower novels, the search turned to finding the man who would oppose him. But who could stand on the other side of McConaughey as Roland the Gunslinger?

The Wrap may have uncovered the answer. According to them Idris Elba is in talks to portray Roland as he searches his ruined world for the fabled Dark Tower.

Matthew McConaughey was rumored to be up for the role of Roland before starting negotiations to play the Man in Black. The Wrap says that Idris Elba’s talks are still in the early stages and anything could happen at this point, including both parties just stepping away with no hard feelings.

I’d love to see Elba take this role though. He’s been a secondary character in lots of high profile films for years now, just waiting for the right role to break out and show his leading man qualities aren’t just for the small screen dramas like Luther. And fandom has been fantasy casting him in lots of major roles lately, the biggest one being him as James Bond if Daniel Craig decides to hang up the 007 moniker for good.

This could be a chance for the actor to put his stamp on a franchise all his own, as Sony has stated that they’d like to make an ambitious project out of the adaptation, going with both feature films and a possible TV show for a finite number of episodes.

I’d expect something concrete to come out sooner rather than later, as the studio has the first film set to hit theaters January 13, 2017.