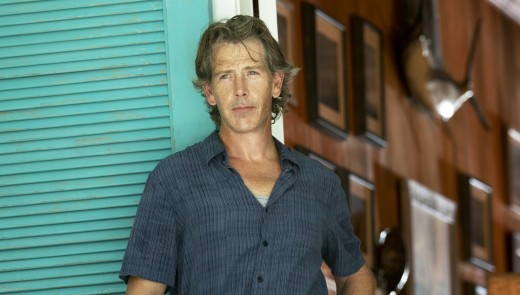 Ben Mendelsohn is hitting his stride in a big way lately. He’s getting rave reviews on the Netflix series Bloodline and is rumored to be the big bad in the upcoming Star Wars spinoff Rogue One. Now he might be playing another villain in an upcoming high-profile sci-fi flick.

The Hollywood Reporter says that the actor is being eyed as the main antagonist in Steven Speilberg’s Ready Player One, an adaptation of the Ernest Cline novel of the same name.

If Mendelsohn signs on he would be playing Nolan Sorrento, an executive at a huge corporation known as IOI that is on the hunt for a fabled Easter Egg in a virtual reality world that would give the finder complete control of said world as well as access to a vast fortune.

Olivia Cooke is the only other player signed on at this point. She’s currently in line to play the female lead, a fellow Easter Egg hunter (or “gunter” as they are commonly known) called Art3mis.