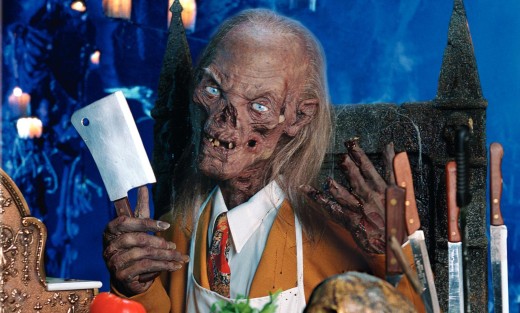 A Tales from The Crypt reboot has been in the works since around 2011 but no network was willing to man up and take the show on. But that all changed today, as TNT announced that they plan on making the show the cornerstone of a new block of programming that’s set to premiere in the future.

The original series ran on HBO from 1989-1996 and was most definitely an R-rated affair, with all the blood, nudity and cursing befitting. The horror series was like a twisted, scarier version of the old Twilight Zone, using an anthology style with a slew of guest stars that loved the idea of getting killed in interesting and gruesome ways.

Spearheading the producing team is the one and only M. Night Shyamalan, whose recent film The Visit brought the filmmaker back to the forefront of the horror movie discussion.

A lot of fans might be turned off by this, as now being on a network like TNT means that the show will have to pull back and curb some of the language and violence. But with how much shows are allowed to get away with these days I don’t think we’ll be missing out on too much.

Besides, this gives the network the opportunity to really mine the source material of EC Comics for some really twisted tales. As a matter of fact, TBS/TNT exec Kevin reilly said that may be the plan for the future:

We are definitely going to utilize the underlying comics. There’s something we’re doing online that I think could lead to a very unique aspect of audience participation. We’ll talk more about that as it evolves.

Reilly also hinted at other shows in the program block already being thought about:

We’re going to put a variety of different genre shows, some which may have a weird sense of humor, some downright frightening, some a blend of genres, all united under the Tales From the Crypt brand. We already have about four properties in the development pipeline to move through this.

Could this mean other EC properties like Vault of Horror, Crime SuspenStories or Two-Fisted Tales will get the anthology treatment as well? Probably not, but that would be pretty cool.

As a kid I used to love watching Tales From the Crypt and still enjoy revisiting it nowadays. My hope was that they could lure back John Kassir as the voice of the Cryptkeeper, but it seems HBO still owns the rights to the Cryptkeeper. No official word on the Cryptkeeper yet, but Reilly did have something to say about that as well:

We’ll save that for a later announcement.

While we don’t know exactly when this will hit the airwaves, we do know that Shyamalan will write and direct the first episode of the series and oversee the entire two-hour block for the foreseeable future. That sounds like a win-win to me when it finally airs.