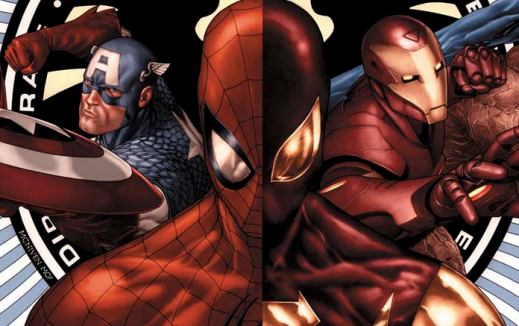 Ever since it was announced last year that Marvel Studios and Sony had come to an agreement to share the Spider-Man character, fans all over have been waiting to see when the wall-crawler will make his Marvel Cinematic Universe debut.

Then it was confirmed that we’d see Peter Parker and his alter ego debut in the spring’s Captain America: Civil War. But just how he would debut has been a question for some time now.

We’ve heard rumors here and there, and now there is another one making the rounds. Geek.com has sources that tell them just how Spidey gets involved in the superhero Civil War and how he picks his side.

Apparently Tony Stark has been keeping an eye on Peter Parker for some time and sees a bit of himself in the young vigilante. So Stark recruits Parker face-to-face. And Peter, being a big fan of Tony Stark and his work, gets star struck with hero worship and joins up with Team Shellhead.

This jibes with rumors that say that Spider-Man will have a confrontation with Captain America in the film – because what better way for Spider-Man and Captain America to throw down than to have them on opposite sides of the field. And this doesn’t mean that Spidey will stay on Iron Man’s side. He does flip-flop in the comics so he may do so in the film as well.

Keep in mind that this is unverified rumor at this point in time. It does fall into line with other things we’ve been hearing though, so I wouldn’t put this too far out of the realm of possibility.