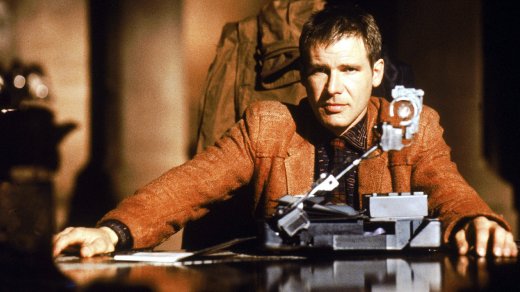 Fans were divided when they heard a sequel to Ridley Scott’s futuristic noir classic Blade Runner was in the works. But whether you love the idea or loathe its existence, one thing is now certain – we know when we’ll be seeing it hit theaters.

Warner Bros dropped a press release today that set an official release date. We can expect to see the next installment on January 12, 2018.

Typically the opening months of the New Year are dumping grounds for films that studios have no faith in. But maybe WB are doing a bit of strategic planning. Instead of putting it up against a slew of other summer blockbusters and tent pole films, the studio feels like it can have an uncontested hit early in the year.

Coming from Prisoners and Sicario director Denis Villeneuve and screenwriters Hampton Fancher (the original film) and Michael Green (Green Lantern), the only thing we know about the plot is that it will be set several decades after the first movie (which itself took place in 2019).

Ryan Gosling and Harrison Ford have been confirmed to star, but Gosling’s role has yet to be defined.

Whoever (or whatever) the character may be, I know that droves of fans will turn out to either sing the praises of the sequel or bury it six feet under.

The official press release came out as follows:

Alcon Entertainment’s sequel to Ridley Scott’s 1982 masterpiece BLADE RUNNER, to star Ryan Gosling and Harrison Ford (reprising his role as Rick Deckard), and to be directed by Denis Villeneuve (Sciario, Prisoners), will be released by Warner Bros. in North America on January 12, 2018, it was announced by Alcon co-founders and co-CEO’s Andrew Kosove and Broderick Johnson.

Sony Pictures Releasing International will distribute in all overseas territories in all media.

The story, written by Hampton Fancher (co-writer of the original) and Michael Green and based on a story by Fancher and Ridley Scott, takes up several decades after the conclusion of the 1982 original.

Principal photography is scheduled to begin in July, 2016. Multi-Oscar nominated cinematographer Roger Deakins (Sicario, Prisoners) will reunite with Villeneuve on the project.