Captain America: Civil War is one of the most hotly anticipated films in Marvel Studio’s library since the first Avengers film. And every bit of news that leaks usually leads to more questions. And the latest tidbits from Empire only stoke those fires.

First off are the new images. We’ve got Captain America and Iron Man going nose-to-nose, Scarlet Witch getting ready for a fight and Crossbones looking mean and ready to hurt people: 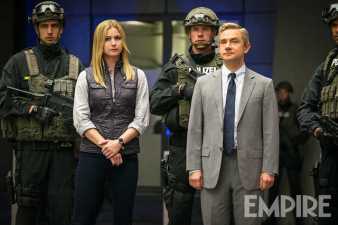 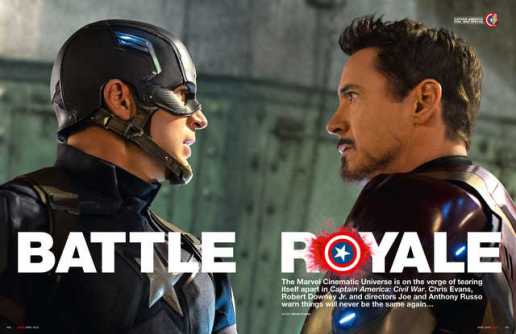 Even though the armor looks impractical I dig how cool Crossbones looks. If anyone can kick ass in a costume that looks like it weighs a ton it would be Frank Grillo. I can’t wait to see if he and the Star Spangled Avenger go one-on-one one more time.

Now onto the big news – Martin Freeman and who he is playing. Freeman teased a while back that he’d be playing a political character in Civil War:

He works for the American government. He works in conjunction with the superheroes, and certain agencies that help to tame the superheroes’ power, I suppose. So you’re not quite sure which side he’s on. It looks a little bit like he’s playing one game when actually he’s playing another. It’s the kind of character I like because it’s ambiguous and because you don’t know whether he’s good or bad. I like that area that isn’t black or white, I like the grays, because I think there’s just more fun to be had in not playing one obvious line.

Empire has confirmed that Freeman will play Everett Ross, a member of the Joint Counter Terrorist Centre. Ross is also the American liaison to Wakanda, the fictional African nation that Black Panther calls home.

Ross was created by comic writer Christopher Priest. The writer used Everett Ross in Black Panther as a window for the reader into a more political and cerebral take on the character. While the comic wasn’t breaking any sales records it was one of the better comics to come out of the Marvel Knights imprint (behind the insanely good Daredevil).

This all but assures that we’ll see Freeman in the stand-alone Black Panther film, alongside Chadwick Boseman and possibly Andy Serkis as villain Ulysses Klaw.

For now we’ll just have to content ourselves with the jam-packed Captain America: Civil War which hits theaters May 6.