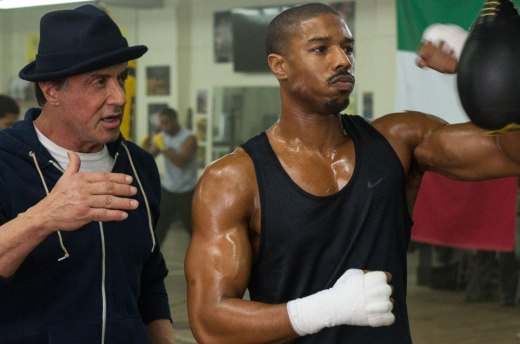 by: Marcus Rivera – Staff Writer
To say that Michael B. Jordan has been on a hot streak of late would be a bit of an understatement (insert awful Johnny Storm pun here). But after helping revive one franchise for MGM, it looks like Jordan is ready to tackle his next project. The Hollwood Reporter brings word that Jordan is set to star in a remake of the excellent heist movie The Thomas Crown Affair. Right now it’s in the early planning stages, as there is no writer or director attached to the project. After the rave reviews he received and financial success of Creed, which grossed over $171 million at the box office, MGM wants to develop another project for Jordan as soon as possible.

The original film came out in 1968 & was directed by Norman Jewison. It followed businessman / millionaire playboy Thomas Crown, played by Steve McQueen, who gets his kicks by robbing banks. An insurance investigator, Vicki Anderson, played by Faye Dunaway begins to track him down and the two have an affair, even while he plans another heist. It was nominated for two Academy Awards, winning 1 for best original song for “Windmills of Your Mind”. It was remade in 1999 with Pierce Brosnan and Rene Russo. The original film ended with the couple splitting up while the remake had a happier ending.

Jordan reportedly came up with the idea of the remake and has pitched it to MGM. The original is one of my favorite movies ever & while I wasn’t a fan of the remake, I’m very interested in see what Jordan will bring to the table.