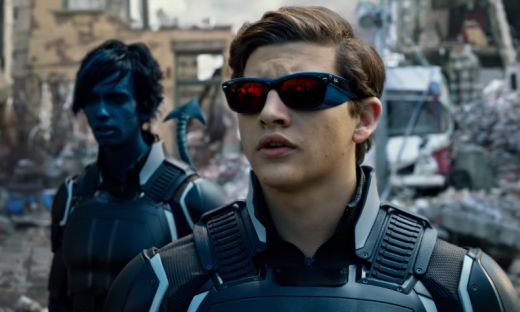 Back when Steven Spielberg cast Olivia Cooke for Ready Player One he was hoping to cast both the male and female lead at the same time but just couldn’t find the other half of the equation. But that seems to have changed.

The Wrap has the scoop that Tye Sheridan has signed on for the lead role in Spielberg’s adaptation of the popular novel by author Ernest Cline.

Sheridan has been making quite a name for himself. He debuted in Terrence Malick’s Tree Of Life and impressed a heck of a lot of people in Jeff Nichols’ Mud. He’s also starring in the highly anticipated X-Men: Apocalypse as future team leader Scott Summers, a.k.a. Cyclops.

The story of Ready Player One takes place in the not-too-distant future where everyone is plugged in to a virtual reality world called the OASIS. For years pretty much everyone has been trying to find the three keys that will lead to OASIS creator James Halliday’s Easter egg, which entitles the winner to his vast fortune. One day a young searcher (Sheridan) stumbles across the first key and the race is on to be the first one to solve all the clues and find the ultimate prize.

Along with Cooke and Sheridan, actor Ben Mendolsohn has also joined the cast. Gene Wilder has been rumored to be up for a role and would be perfect for the role of Halliday.

The film was scheduled for around Christmastime this year, but was moved back to avoid the competition with Star Wars Episode VIII. Instead the film will bow in theaters on March 30, 2018.