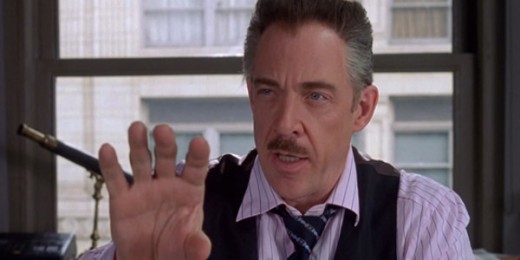 After spending years screaming after Spider-Man and screwing Peter Parker out a decent wage, J. Jonah Jameson has decided to jump ship.

J.K. Simmons will be trading in his stogie for a badge, as the actor has just been cast as Commissioner James Gordon in Zack Snyder’s upcoming two-part Justice League film, according to The Hollywood Reporter.

So far the actor has only been cast in the two League films, but it’s not outside the realm of possibilty that the actor will reprise the role in Ben Affleck’s upcoming solo Batman film as well. Comic fans (and Batman movie fans as well) know that the Dark Knight Detective and the best cop in Gotham City have a unique relationship and mutual respect for one another.

Additional reporting from Variety said that Gordon was the last “major” role to be cast before production could begin.

Reports are vague as to the plot but many sources say that the film will see the Super Friends band together to take on a foe that is too much for any one of them alone.

Ever since winning the Best Supporting Actor Oscar for his role in Whiplash last year, J.K. Simmons has been even more in demand than ever. He was a popular choice for films before but he’s been going into pure Beast Mode this last year with roles in upcoming films The Meddler, La La Land and The Accountant which are all due out later this year with a few more films in the pipeline for the near future.