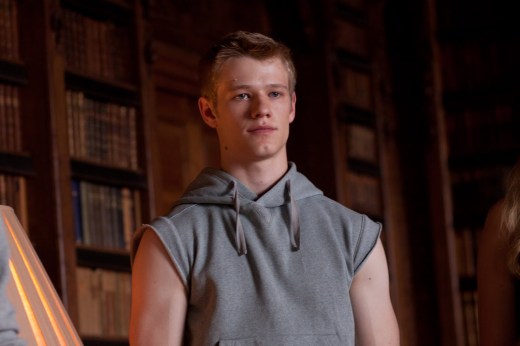 Not too long ago CBS announced their intentions of bringing back MacGyver, the mulleted secret agent that could essentially make any non-lethal weapon he wanted out of everyday household items. And it looks like the show is taking a huge step forward as the channel has cast their lead as well as a few others.

Deadline reports that Lucas Till has been tapped for the lead role. Till is best known for his role as Havok in the recent X-Men films. This will be his first starring role in a TV series.

Also cast are Joshua Boone and George Eads. Boone will play Macgyver’s best friend from high school while Eads will be a government employee that comes across as a huge conspiracy nut.

The new series will focus on a younger MacGyver as he starts out in the Department of External Services. It’s been in development since last fall and had James Wan originally attached to direct. Now David Von Ancken will direct the pilot from a script by Brett Mahoney and Paul Downs Colaizzo.

No word yet as to when we might see the pilot or if it will even air at all. The original series ran from 1985-1992 for seven seasons and was even tapped for a comeback back in the day with Jensen Ackles as the titular hero.